Recently, I had to used Microsoft Identity Manager 2016 for a customer project and had several troubles. We were using it with Exchange Provisioning in order to provision automatically new mailboxes in a Microsoft Exchange 2010 infrastructure.

Sometimes and for unknown reasons, we were getting the following errors not-start-ma. The Management Agents refused to launch and we had several errors in the Event Viewer.

This problem was really strange because this problem appeared after long development steps and for no apparent reasons because it was never after big changes or huge improvements… At the beginning, we used to revert our development virtual machine and it solved the problem (for a few days more). And after a while, it happened again !

If you had you too this problem, you will probably recognise the following errors messages and screenshots :

Or maybe this one :

These good articles put us on track to solve the problem :

Or maybe, these captures : 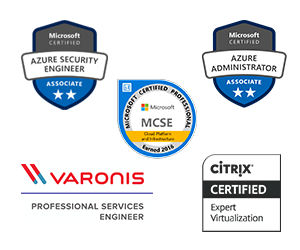